Godzilla. Bruce Lee. The names for this year’s El Nino are growing, as are the fears that this might be the biggest one yet. But what is an El Nino and what effects do they have on oceans and fisheries?

Ryan Rykaczewski, Nereus Program alumni and assistant professor at the University of South Carolina, focuses his research on the responses of ecosystem and fisheries production to past and future climate variability and climate change and has published on the impacts of past El Ninos. Here he explains the basics of El Ninos and why this upcoming one could have destructive impacts on ocean ecosystems, fisheries, and fish and mammal species.

How do El Ninos form?

In the tropical Pacific, the trade winds typically blow along the equator from the east to the west, from Central America towards Asia. These winds stimulate the upwelling of cold, nutrient-rich waters along the west coasts of North and South America and along the equator in the eastern Pacific. In contrast, the waters of the western Pacific are typically warm. However, during El Niños, for reasons that are not well understood, the trade winds weaken or sometimes even reverse direction. That weakening of trade winds inhibits the upwelling of cold water, and waves of abnormally warm water slosh towards the coasts of North and South America. During the biggest El Niño, in 1997 and 98, the surface waters were about 2.5 degrees warmer than average in the eastern Pacific. Over such a large area, that’s a lot of abnormal heat.

Why is this one particularly worrisome?

All El Niños are different. We don’t yet know if this one will be the biggest or the worst one, but the models that we use to project this suggest that it’s going to be pretty big, perhaps the biggest one yet. Even before this El Niño started, there were patches of really warm water off the coast of North America in the Pacific (“the blob”), and these warm anomalies may have given the El Niño a head start. The waters were already relatively warm and now this El Niño makes the waters even warmer so we think those two things combined together may amplify the impacts of this El Niño. 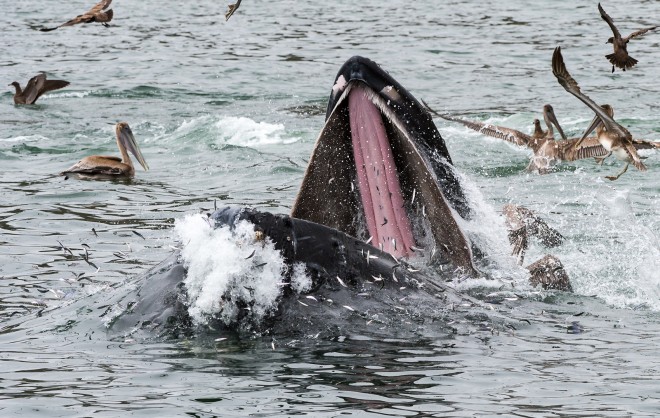 This year’s El Niño could greatly impact Peruvian and Californian anchovy stocks which would have detrimental impacts on whales, sea birds, seals, and sea lions that depend on the anchovy for food. Image: “Anchovies Trying To Escape Lunging Humpback Whale” by Howard Ignatius, CC BY-NC-ND 2.0.

What local and global effects do you think we’ll see?

The biggest impacts are going to be in the eastern tropical Pacific, off the coast of Peru where the productivity of the marine ecosystem will decrease dramatically. The other major impacts on society will be associated with increased rainfall, mudslides, and landslides along the Pacific coast of the Americas. But in Indonesia, Australia and India, drought can be expected. While the effects of El Niño are stronger and more consistent closer to the equator, effects on mid and high latitudes are also present. In northwestern North America along the Pacific coast, weather may be anomalously warm and dry.

What will be the effects on oceans and fisheries? What fish and mammal species could be affected?

The Peruvian anchoveta fishery, which is the biggest single-species fishery in the world, typically collapses during El Niño events. In normal years, several million metric tons of fish are harvested from this region off the coast of Peru. But this coming season, during December, January and February, it is unlikely the fish are going to be abundant. This may have devastating impacts for the economy and industry dependent on the anchoveta fishery.

Off the coast of North America, we can also expect declines in some fish stocks, specifically in the cold water fish stocks, like anchovy, that are important prey for a lot of species like tuna, whales, sea birds, seals and sea lions. So the loss of the anchovy off North America will also impact those higher predators. I think we may see more strandings of sea lions, seals and whales. Subtropical and tropical species, however, might increase in abundance because these species find the warming waters more favourable. Locally, like off the coast of Vancouver, Northern California, Oregon and Washington, there are going to be times when tropical species like tuna, swordfish, wahoo and mahi mahi are caught in greater abundances than usual. It may seem like a good thing, but the presence of these warm-water species near the coast indicates the absence of conditions that are favoured by our resident cold-water species. They’re displaced from their natural habitat and they migrate further north.

Additionally, there can be periods of harmful algal blooms that typically are associated with warmer, low-nutrient waters. There are some species of algae, or phytoplankton, that are toxic under certain conditions. They aren’t toxic all the time, but under warm, low-nutrient conditions, these phytoplankton produce toxins that may reduce their mortality by deterring predators. Under these conditions of El Niño, we would expect more harmful algal blooms along the west coast of North America, and these blooms may impact shellfish, marine mammals, and fish.

How long will this El Nino last?

Our ability to predict specific anomalies such as El Niño more than six months in advance is not great. We can confidently predict that this El Niño will persist through the boreal winter and likely into spring, but predictions beyond spring 2016 are more uncertain. 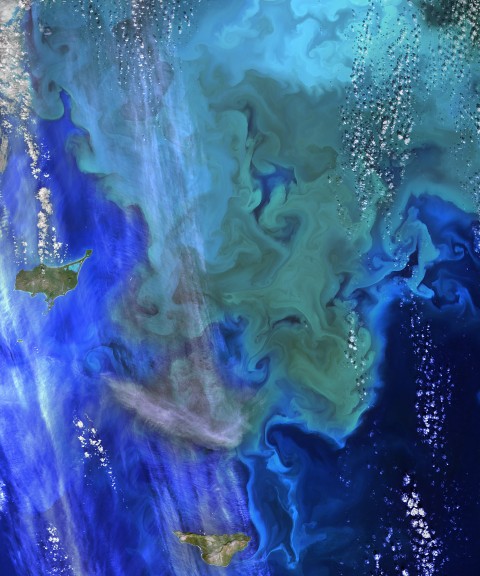 How often do they occur?

They typically occur every four to seven years. There’s nothing magic about those numbers and there can be periods of ten years without an El Niño or there might be an El Niño back to back. Last year was a relatively weak El Niño and this year we get a strong one. But there’s nothing set in stone. Since 1950, the frequency of El Niños has increased, but it’s too early for us to say with confidence whether that’s due to human-caused climate change or whether it’s a natural cycle.

Can we expect even worse ones in the future?

People are very concerned about that. I think the jury’s still out regarding how future climate change with impact the intensity or frequency of El Niños. However, some evidence does indicate that the intensity of the events will increase. Regardless, we do need to be cautious, as marine ecosystems are likely to be stressed for other reasons. And although it may be too early to say whether the physical climate conditions will intensity, it is likely that the ecological components of the system will be more sensitive due to the combined effects of other stressors such as commercial fishing, ocean acidification, and deoxygenation.