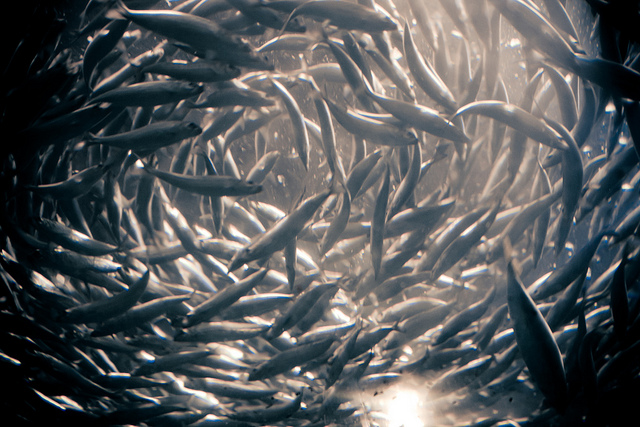 Image: “Swirling schools of Anchovies” by Cliff, CC BY 2.0

“Of the trends I’ve seen, the most important I found is that most of the fish larvae are occurring earlier in the year,” said Asch. “This could be clearly seen as a climate effect on land but it’s not as easy to see in oceans.”

When she separated out the species into groups, she could see that it was the offshore species that were spawning earlier. Other fish species that lived closer to the coast were found to be spawning later. That, Asch says, could be due to environmental changes like coastal upwelling that affects the abundance of zooplankton that fish rely on as a food source.

Because of other scientists’ research, Asch had wanted to find examples of fish changing their distributions due to climate change. This work yielded some.

“Subtropical fish like anchovies are showing up more frequently in the North Sea,” said Asch. “And it’s not just one species, it’s happening with many marine organisms.”