The study was covered in the Washington Post article “Indigenous peoples of the world’s coastlines are losing their fisheries — and their way of life“.

“A lot of communities are very similar, their food and cultural practices. What do they do if the fish are gone?” said lead author Andrés Cisneros-Montemayor, Nereus Program Manager and Research Associate. “We are at risk of losing human cultures that have been around for thousands of years, which makes this issue much more than environmental.” 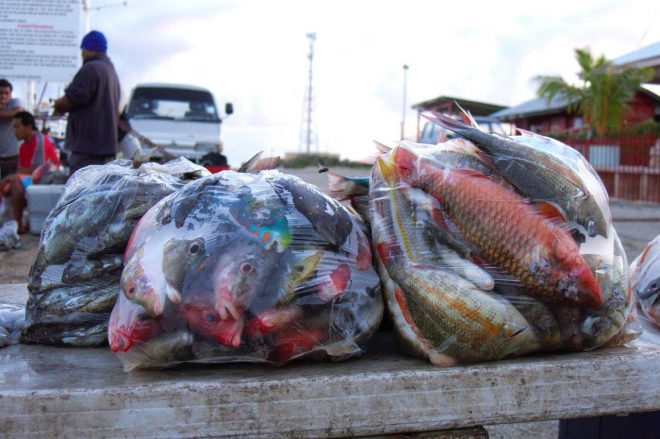 Local reef fish on sale after a night of fishing at Nukualofa, Tonga. Image by Colette Wabnitz.