Species distribution models use computer algorithms to predict the distribution of species in geographic spaces. They are necessary for gaining understanding of marine species and ecosystems as well as how to conserve and manage them. 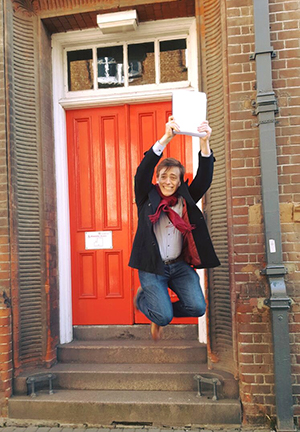 “One very common problem is that the data is patchy and very biased. If you have an area with very few sampling records, it’s not entirely clear from the data whether that is due to the fact that there are very few species or that no one has really looked,” says Geffert. “This sampling bias influences the model predictions so I tested an approach developed for the terrestrial realm — the target group background approach — that hadn’t been applied in the marine realm yet. I applied it to commercially important species and found that the model predictions seemed more plausible but it was difficult to evaluate whether they were any better because there is no independent test data. So instead of evaluating with similar species recurrence data, I evaluated them with expert opinion range maps, which are kind of a secondary data source, an alternative to distribution modelling. But these are two approaches that try to do the same thing and there’s really a synthesis when you bring the two together.”

Geffert also did a modification to the model fitting process, so the models don’t get unnecessarily complex – “instead you use the models which are more simple and therefore more likely to be true,” he says. The last chapter looks at a fusion of expert opinion range maps and distribution models; he modeled a total of 1035 species.

“What really surprised me was that there is a big difference between Maxent models and Boosted Regression Trees because these two are the best performing models out there and they’re the most used models,” says Geffert. “A lot of researchers think it’s quite arbitrary what to use, but actually once you start playing around with the algorithm and modifying from the simple, ready-to-go implementation, then you get a lot of differences in how they behave and how they react to these modifications. The difference between Maxent models and Boosted Regression Trees was something very striking I think.” 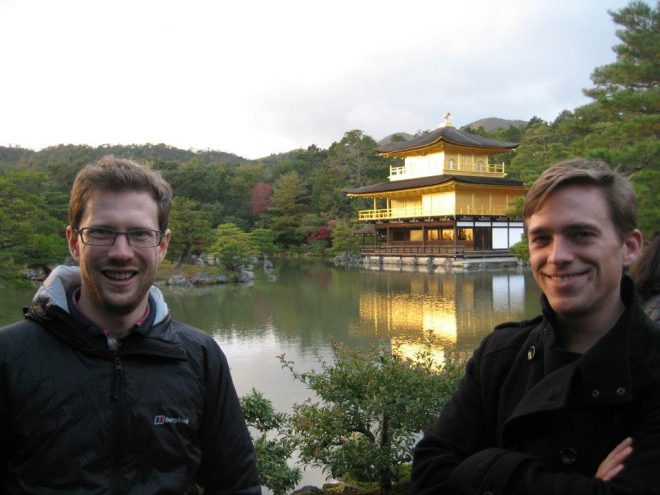 Chris McOwen and Laurens Geffert, both at Cambridge/UNEP-WCMC, with the Nereus Program at Kinkaku-ji in Kyoto, Japan

Being associated with the Nereus Program, Cambridge University, and UNEP-WCMC was a unique opportunity for Geffert, he calls it “a triangle of relationships”. Going forward, he will be working as a data scientist in London, UK, and WCMC has expressed interest in using his outputs for biodiversity impact assessments and ecosystem services evaluations.

“It was good to be part of an organization, the Nereus Program, that has this big picture, this vision, of doing something holistic instead of everyone just nudging away at their little segment of the field and worrying about the next publication but not really thinking too much about how to impact decision making and policy implementation on the ground,” says Geffert. “It was really fascinating and motivating to be a part of a team working towards a common goal.”