Various definitions and indices have been proposed in the literature to identify keystone species. In this study, we intended to make the concept of keystone species operational for marine biodiversity conservation. We used an exclusive definition of keystone species, based on the original concept of keystone predator, and derived a new functional index of keystoneness (KS) from an ecosystem-modeling approach. First, several KS indices were formulated, by combining measures of the mixed-trophic impact (MTI) and biomass of species. Then, a meta-analysis was performed, based on 101 published Ecopath food-web models, selected with a scoring method, and representative of the variety of marine ecosystems worldwide. The indices were applied to the models, and two statistical methods were compared to select the most promising KS index. Rank correlation tests were performed to assess the balance between the contribution of the impact and biomass components to the different KS indices. In addition, a classification tree was implemented, based on ecosystem-specific thresholds applied to the latter species traits, and used to confirm the identified keystone species. The selected index obtained the highest number of models with positive results from both the rank correlation tests and the classification tree. We also demonstrated the limitations of existing KS indices previously applied in the literature. Species were ranked according to their estimates of keystoneness with the selected KS index, so that potential keystone species were quantitatively identified in the 101 modeled food webs. The standardized modeling approach allowed for a comparison of the identified keystone species across models: cartilaginous fishes and toothed whales obtained the highest occurrences. Finally, the selected KS index was applied to the well-known case study of Prince William Sound (Alaska, USA). Potentially significant anthropogenic (fishing) impacts on keystone species were also considered and discussed. The operational methodology presented is directly applicable to marine food webs, and may be adapted to other (freshwater or terrestrial) systems. 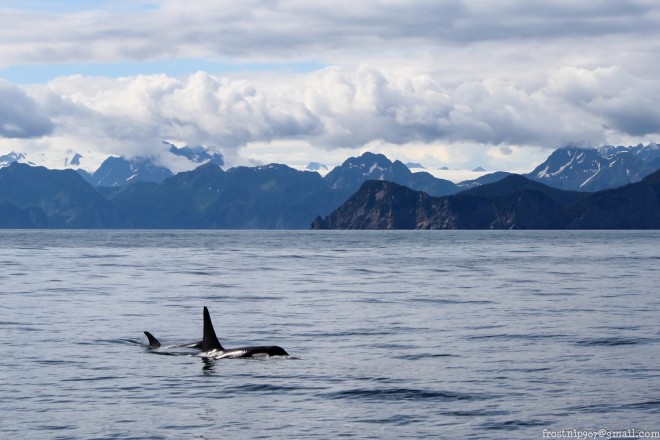 Although sea otters are known as an historical example of keystone species in kelp forest ecosystems (Estes and Palmisano 1974), transient orcas were identified as keystone species in the Ecopath model of the Prince William Sound (1994–1996). Image: “Orcas” by frostnip (CC BY-NC 2.0).