A new publication on “Global seafood trade flows and developing economies: Insights from linking trade and production” , co-written by OceanCanada Director and Nereus Research Associate Rashid Sumaila and Nereus Program fellow Vicky Lam, has been published in Marine Policy. In this paper, the authors have traced the flows of international seafood from capture and production countries to their countries of consumption, in hopes of gaining a comprehensive understanding of marine resource exploitation in order to enable nations to most efficiently develop strategic plans and development policies. 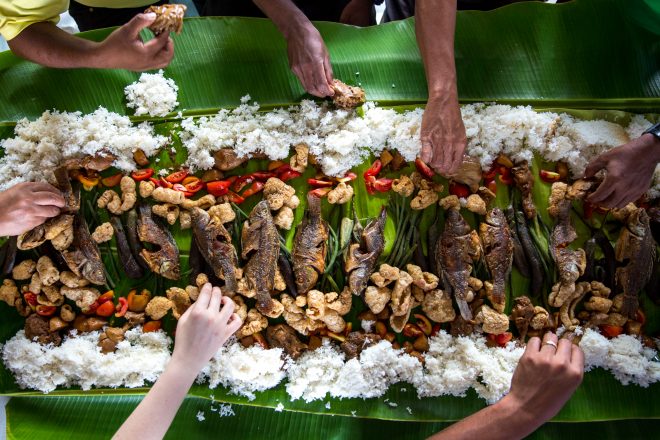 It was found that seafood resources tend to accumulate in more developed countries, as richer nations import more seafood than they export. Meanwhile, developing countries are observably exporting high volumes of seafood, in attempts to alleviate poverty, attain food security, and facilitate sustained economic development through trade. Thus, seafood markets must be an important source of income for developing nations. However, an over-reliance on international trade in the global economy by seafood-exporting nations may expose these nations to economic shocks and market vulnerabilities. Access agreements are inevitably another option for coastal resource-rich nations to consider in order to work on their over-arching goal of achieving economic security. 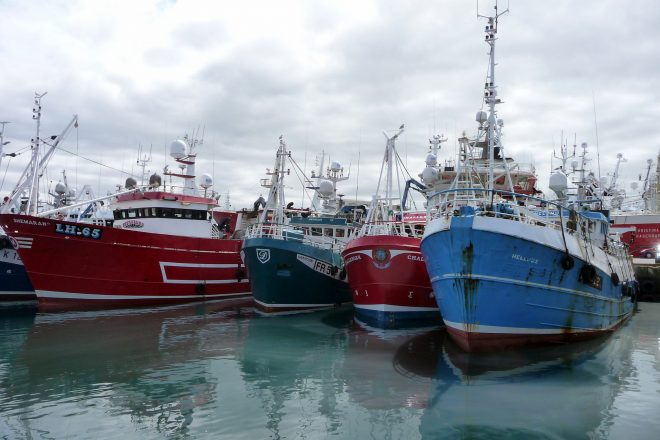 Understanding the networks of fishing fleets from production countries to consumption countries has remarkable implications for poverty reduction and food security in national developing contexts. Image: “Fishing Fleet” by John Lord, CC BY 2.0.

Abstract
Knowing the patterns of marine resource exploitation and seafood trade may help countries to design their future strategic plans and development policies. To fully understand these patterns, it is necessary to identify where the benefits accumulate, how balanced the arrangements are, and how the pattern is evolving over time. Here the flow of global seafood was traced from locations of capture or production to their countries of consumption using novel approaches and databases. Results indicate an increasing dominance of Asian fleets by the volume of catch from the 1950s to the 2010s, including fishing in the high seas. The majority of landings were by high-income countries’ fishing fleets in their own waters in the 1950s but this pattern was greatly altered by the 2010s, with more equality in landings volume and value by fleets representing different income levels. Results also show that the higher the income of a country, the more valuable seafood it imports compared to its exports and vice versa. In theory, this implies that the lower income countries are exporting high value seafood in part to achieve the broader goal of ending poverty, while achieving the food security goal by retaining and importing lower value seafood. In the context of access arrangements between developed and developing countries, the results allow insights into the consequences of these shifting sources of income may have for goals such as poverty reduction and food security.