It is increasingly evident that profound changes will be necessary to current fishing practices in order to meet future global demand for seafood. Many fisheries are already operating at or beyond their ecological and economic capacity, while climate change and associated processes are projected to have significant impacts upon the future distribution of fish stocks. Numerous fish species are moving towards cooler waters or to greater depths, meaning that a number of fisheries may be displaced in the future or will require alternative gears and techniques. From a regulatory standpoint, these trends will have significant governance implications as states win and lose from shifting fish stocks.

One issue that has been perhaps surprisingly overlooked in the governance of fisheries is the regulation of new fishing opportunities. The current framework for fisheries management largely works on the assumption that fish stocks are essentially static – or at least exhibit predictable localised movements – and that current arrangements provide for an infinite supply of fish at maximum sustainable yield if fishers adhere to their international obligations. Accordingly, the legal position raised by the development of a new fishery has been little explored, a theme that I am considering as part of a new research project undertaken at the Netherlands Institute for the Law of the Sea, Utrecht University under the Nippon Foundation-Nereus Program. 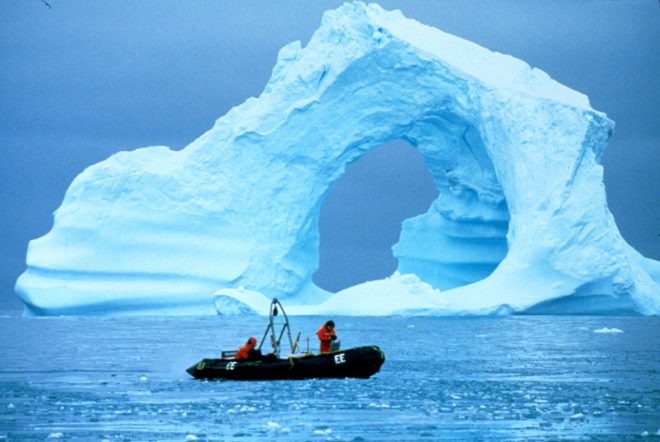 New fisheries are both legally and biologically complex. All too often new fisheries have commenced with little or no prior information as to the state of the target stock or its surrounding ecosystem, with the result that significant damage is inflicted upon the marine environment and a fragile fish stock before meaningful regulation can be applied. There is therefore a clear need for robust application of a precautionary approach to new fisheries to avoid this doomsday scenario. On the flip side, however, some risk is inevitable in the pursuit of new fishing opportunities, a venture that will become increasingly necessary if current fisheries become insufficient to meet human needs. The regulation of new fisheries must therefore walk a tightrope between permitting a limited degree of controlled fishing, while ensuring that any decision to endorse an emergent fishery is taken in the light of sufficient data, a task that is likely to be challenging in dynamic marine environments.

My programme of research considers how the regulation of new and exploratory fishing has emerged on both a localised and a globalised basis. This was first examined in the Southern Ocean in 1989, where the Commission for the Conservation of Antarctic Marine Living Resources (CCAMLR) began to tentatively regulate new fishing. As a position on new and exploratory fishing began to crystallise within CCAMLR, at the same time international negotiations were underway to develop what would eventually become the 1995 UN Fish Stocks Agreement. Consequently, the 1995 Agreement contains an obligation in Article 6(6) to ensure that for cautious conservation and management measures should be applied to new and exploratory fisheries. Thereafter, if appropriate, a new fishery may be gradually developed with a view towards full commercial management. These obligations have been enshrined in the constituent treaties of a number of subsequent regional fisheries management organisations (RFMOs) and have been followed by a number of states considering new fisheries in ecologically sensitive waters. 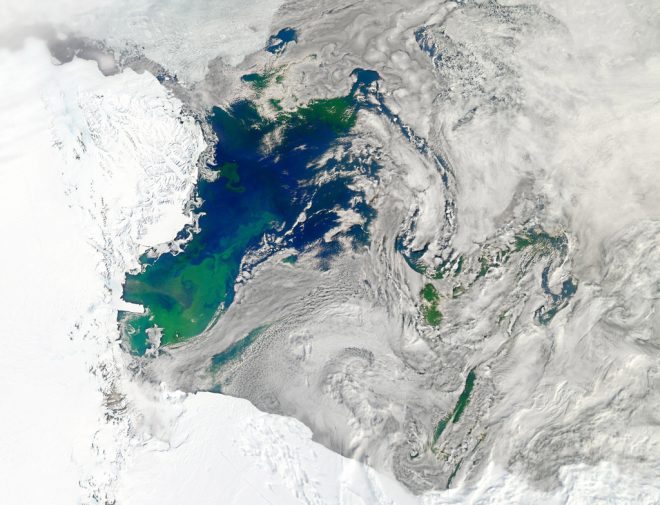 The most significant fishery in Antartica is the Ross Sea, where phytoplankton blooms attract krill, fish, penguins, and whales. Image: “Bloom in the Ross Sea” Credit: NASA Earth Observatory, CC BY 2.0.

Thus far, however, the practice of RFMOs in this respect has been little explored, hence this project breaks new ground by analysing the principles under which such fisheries should operate. This research project therefore examined the practice of CCAMLR in particular, which has wrestled with this issue for over 25 years and has provided an effective governance template for new fisheries. Under CCAMLR, a new fishery may be established with the prior approval of its Members, with exploratory fishing conducted on the proviso that fishers return data to its Scientific Committee to allow proper consideration of the ecological case for continued fishing. Similar requirements have since been introduced in a number of RFMOs, where small-scale exploratory fishing activities have commenced, while exploratory fishing has also been regulated in the specific context of bottom-fishing in seabed ecosystems.

CCAMLR currently operates seven different exploratory fisheries, with varying degrees of participation. Some have been used extensively and returned a significant volume of data, whereas others have proved to be rather more limited in scope. Concerns have been expressed that a number of exploratory fisheries have therefore been allowed to continue operating, despite returning relatively little data about the stock and its ecosystem. Conversely, exploratory activities return data that would otherwise not exist, while the presence of legitimate fishing vessels may also deter illegal fishers in some areas. The most significant fishery remains that of the Ross Sea, which is considered to have met the necessary data collection requirements and could in principle transition to a managed fishery. This remains controversial in some quarters, with critics concerned that the regime may not have demonstrated sufficient adaptability in management and still presides over considerable knowledge gaps. Thus far, fisheries managers have proved reluctant to commence the transition process and the Ross Sea fishery remains exploratory in nature.

A number of difficult regulatory questions lie ahead for this regime. While individual RFMOs have proved able to develop precautionary management measures to allow the orderly development of new fishing opportunities, it remains difficult to project how much data will be required to safely allow a transition to full management. Indeed, it is unlikely that a full picture will ever be possible, given the challenges inherent in research fishing. This suggests that stronger controls will be imposed over fisheries in the process of transition. In this regard, the regulatory model for exploratory fishing pioneered by CCAMLR represents a compromise between the need for a reasonable degree of certainty and the exigencies of finding new sources of seafood nutrition. This system, notwithstanding the imperfections observed by critics, represents the most acceptable current model of initial management and is likely to be replicated in a number of other dynamic marine environments.

RICHARD CADDELL, PHD, INTERNATIONAL LAW
Utrecht
Richard Caddell specialises in the Law of the Sea and International Environmental Law, with particular expertise in wildlife management, the conservation of marine biodiversity and Polar law. He has an active interest in the regulation of whaling and marine mammal conservation, fisheries and Arctic issues, as well as human rights concerns. Caddell has advised numerous intergovernmental organisations, national governments and nongovernmental organisations on aspects of international and EU environmental law, the coordination of environmental treaties and the management of the Arctic region.