Today was the first day of the UN Ocean Conference, which is the first conference specifically focused on Sustainable Development Goal (SDG) 14: Life Below Water. The day started with a cultural programme and plenary meeting then a partnership dialogue on addressing marine pollution. The conference will include dialogues on each of the seven targets of SDG14. Interspersed were a number of interesting and informative side events.

The marine pollution dialogue included important discussions on microplastics and plastics and their effects on marine species, including seafood. Many of the talks discussed the impacts, with consensus on those, but the need to act is clear. It was interesting to see the different initiatives on both the local and international scales and how the local and national initiatives can be good examples to expand on the world scale. Sybil Seitzinger, from the University of Victoria, discussed the need to look at land-based nutrient discharge, such as from agriculture, which was refreshing considering that most of the pollution discussions are about plastic. 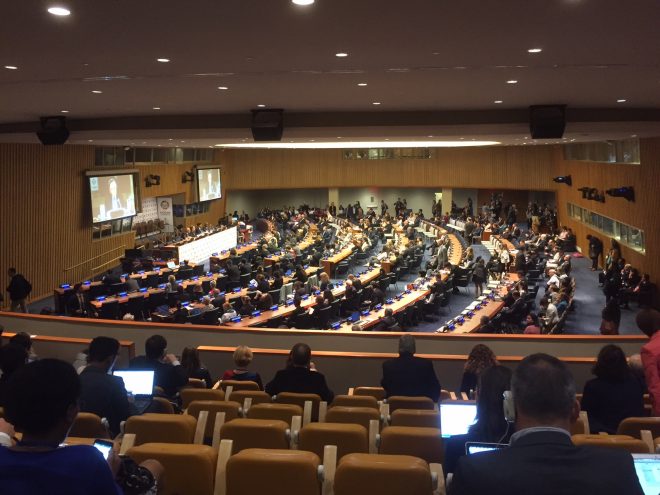 Discussions by country representations on marine pollution on the first day of the UN Ocean Conference.

The side event “The Regular Process: Strengthening the Science-Policy Interface” included explanations of how the UN World Ocean Assessment was developed, and after the compilation of the first assessment in 2015, what the next steps with the second cycle are. Technical abstracts proved an important synthesis of information including main trends for policy makers.

“Implementing Agenda 2030 – Initiating Global Action on Ghost Gear” was a side event that looked at the issue of ghost gear — lost and abandoned fishing gear. Ghost gear can have negative effects on marine species and ecosystems, such as an abandoned net that fish get caught in. Exciting initiatives and partnerships are happening in this area, such as countries in the global north, like Belgium and Sweden, collaborating and funding projects in the global south, such as in Tuvalu and Tonga. Sweden signed up to the discarded fishing nets agreement. The president of the general assembly and the president of Tuvalu gave keynotes showing support across continents for collaborations like this. 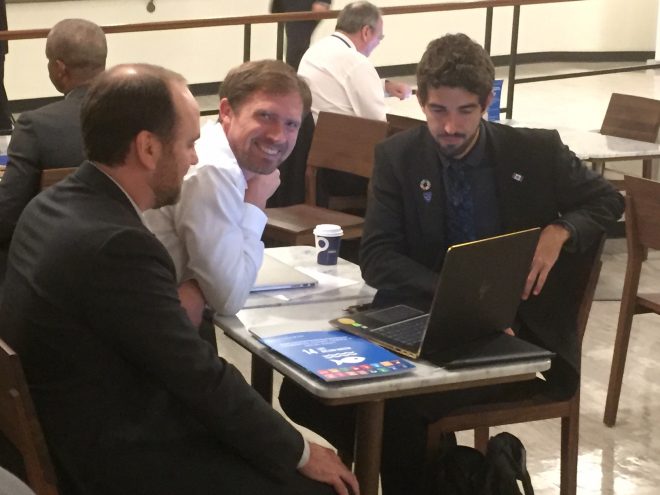 The side event “Ocean Health, Climate Change and Migration: Understanding the Nexus and Implications for People on the Move” looked at a pressing concern of climate change — the threats to coastal communities and the effects for people on the move, including strengthening respect for migrant’s rights.

Surprisingly, everyone at the conference is talking about very similar objectives, from highly developed countries to less developed ones, and many very large intergovernmental institutes, like the Worldbank. It’s still really unclear what the strategy is to get to those objectives. But the fact that they’re shared and that there’s a lot of agreement bodes well for the future.