A Nereus Program study published this week in PLOS ONE which found that First Nations communities in coastal BC, Canada, could see a decrease of up to 50% in fish catch by 2050 received considerable press in both local and international news. 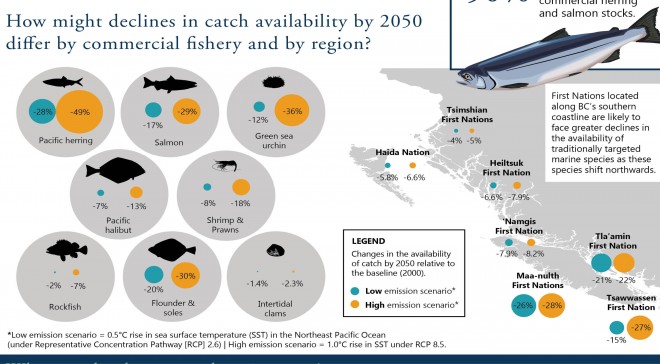 Nereus Fellow Rebecca Asch’s research published last summer was mentioned in an NPR article about the decline of phytoplankton in global oceans which is causing a decline in juvenile fish which feed on them.

NPR The Salt: Fish Stocks Are Struggling To Rebound. Why Climate Change Is On The Hook. December 14.

Nereus Director William Cheung was interviewed on San Francisco’s NPR KALW radio on the impact of environmental issues on the California seafood industry, including unsafe toxin levels in Dungeness crab and the drought’s impact on Chinook salmon.