Off the northern Andaman coast of Thailand, marine protected areas have been established to protect the vibrant coral reefs and underwater ecosystems. But underlying the good intentions of those promoting marine conservation are unintended consequences – that small-scale fishers and indigenous Moken communities were restricted from fishing and harvesting in the area with no other livelihoods options provided.

“They have to steal from the sea to make a living. They have lived there for 10 generations, but they have no choice…Everything they do is illegal,” reported one resident to Nathan Bennett, a postdoctoral fellow at the University of British Columbia and the University of Washington who lead a new study published today.

Marine conservation needs to take into account vulnerable groups such as these Indigenous Moken fishing for crab near the Thai-Myanmar border. Credit: Nathan Bennett, University of Washington/University of British Columbia.

Opposition among local people to marine parks in Thailand is strong, with locals in one marine protected area burning down a ranger station in protest. Similar stories exist around the world as wildlife and ecosystem conservation bumps up against the people who share the same places and resources.

Local communities on the Chagos Islands, officially part of the British Indian Ocean Territory, were forcibly removed during the 1960s and 1970s. The UK created a marine protected area (MPA) in 2010, but the Chagossians continue to fight for the right to their ancestral land. A UN Arbitral Tribunal unanimously ruled that the MPA violated international law. In South Africa, numerous MPAs have been set up and enforced by the government with the involvement of international NGOs. These have been contested, with violence breaking out and fishers shot by guards. Indigenous Rapa Nui people of Easter Island called the development of a marine park an act of colonialism that would prevent fishers from feeding their families. Last September, the UN Special Rapporteur on the rights of indigenous peoples released a report detailing human rights violations in the name of conservation. 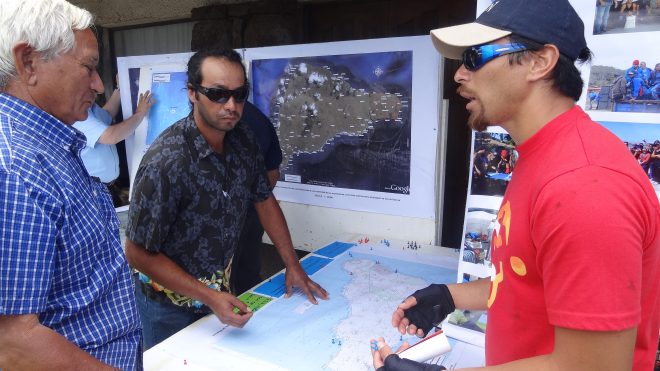 “Often the impacts of marine protected areas can undermine people’s rights or stop them from doing their livelihoods. In extreme cases, they can produce human rights issues,” said Bennett, lead author of a new study published today in Marine Policy. “There is a real danger that in pushing for marine conservation, socially unjust or inappropriate actions could be promoted, including those leading to displacement, violence, marginalization and poverty.”

At the same time, marine conservation is essential for preserving and protecting the oceans and the services they provide to humans. Both the UN Sustainable Development Goals and Aichi Targets have set goals to have 10% of the ocean be designated as marine protected areas by 2020.

“This is urgent, we need thoughtful actions to conserve the marine environment, but we need to do it in an equitable way, with respect for fishers’ livelihoods, food sovereignty and dignity,” said Yoshitaka Ota, co-author and Nippon Foundation-Nereus Program Director of Policy. “Most importantly, conservation is the art of finding a better way to live with the environment because we will always be a part of it.” 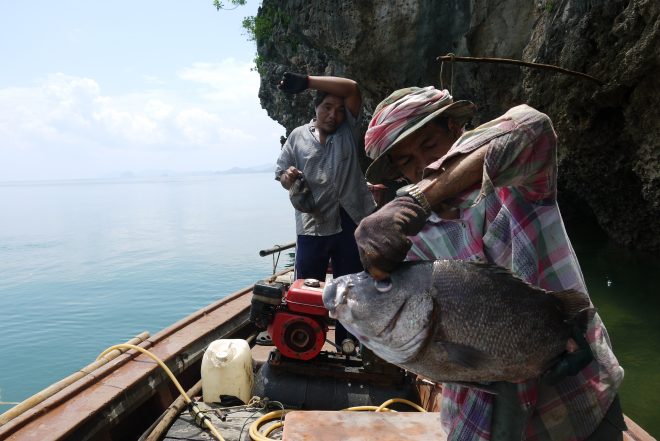 Currently there are no standards for how conservation is done. Doctors, lawyers, engineers and many other professions have codes of conduct, should one exist for conservation?

A global group of oceans science practitioners and scientists argue yes – it is “warranted, urgent and past due”, in their paper “An appeal for a code of conduct for marine conservation” published today. In it, they outline what that code could look like, with considerations for fair governance, social justice and accountability practices. This code could be widely used by governments, researchers, NGOs, private sector and local organizations to review such issues around human rights, indigenous rights, food and livelihood security, benefit sharing, conflict resolution, and more.

“Conservation can be done responsibly. This paper is the first step in a longer process to develop a legitimate and recognized code of conduct. This is an important investment that the conservation community needs to prioritize,” said Bennett. “Investing in a code of conduct will pay dividends by increasing the acceptance and effectiveness of conservation.” 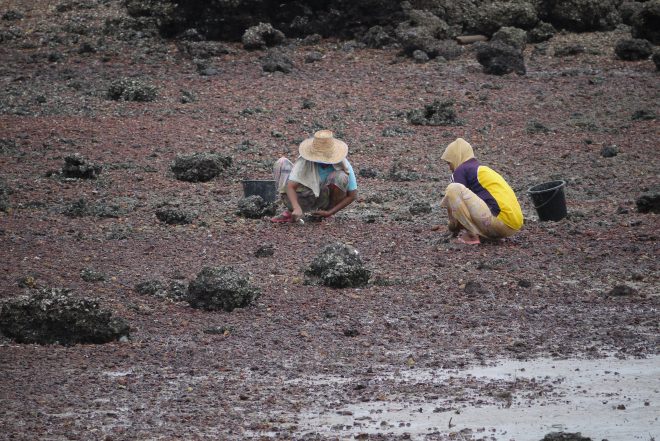 The activities needs of harvesting activities by both genders, such as these women gleaners, needs to be considered in marine conservation. Women’s fishing and gleaning activities often make an important contribution to household incomes and food security. Credit: Nathan Bennett, University of Washington/University of British Columbia

“Decision making processes must consider the unique local contexts for the environment and the community. The key is ‘being there’ to understand people, their rights and their needs” said Lydia Teh, co-author and Nippon Foundation-Nereus Program Research Associate. “A successful approach for marine conservation is through bottom-up processes which work with local people and develop their capacity to manage the resources and decide on areas for protection.”

Paper link: An appeal for a code of conduct for marine conservation

Funding information:
This project was completed in collaboration with the Nippon Foundation-Nereus Program. We also acknowledge the support of the Social Science and Humanities Research Council (SSHRC) of Canada. The lead author acknowledges additional support from the Liber Ero Postdoctoral Fellowship Program, the Banting Postdoctoral Fellowship Program and affiliations with the OceanCanada Partnership, the Too Big To Ignore Global Partnership for Small-Scale Fisheries Research and the Community Conservation Research Network.