We know that fuel use contributes to climate change, but in a vicious circle, climate change could also increase fuel use in fishing. This is due to fish shifting their distributions due to warming waters. With this increased use of fuel and the increasing price, small-scale and artisanal fishers will have a harder time sustaining livelihoods and feeding their families under climate change.

Fuel cost is a large part of the operating cost of fishing vessels. The proportion of fuel cost to the total cost of fishing is the second largest among all other variable costs. In Europe, the proportion of fuel cost contributed up to 32% of the total variable cost in 2012. In Africa, the proportion of total fuel cost is more than half (54%) of the total landed values in this region. That means that for every $2 that consumers spend on marine captured seafood, they contribute $1 to the cost of fuel consumption. Thus, fuel cost is a crucial factor for affecting the decisions of fishers. The amount of fuel used and the expenditure on fuel consumption in a fishing trip can largely affect fishing behavior and profits. Among the various factors affecting the fuel cost, the fluctuating world oil price and impacts of climate change are the major concerns of the fishers as these factors affect the viability of fisheries. 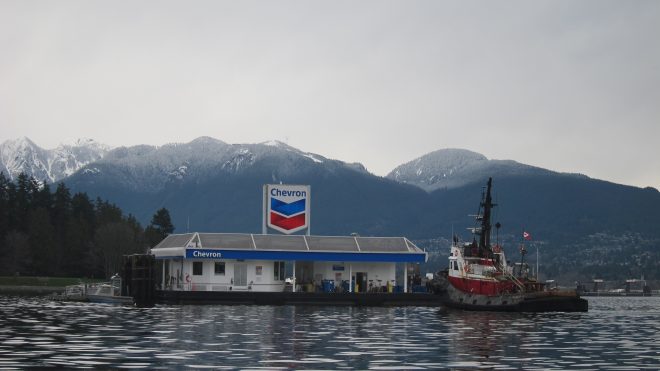 Climate change will lead to the poleward shift of distribution ranges of marine species due to warming oceans near the equator. The change in abundance and distribution of marine species affects fuel consumption and hence the fuel cost. Fishing boats may have to travel for longer distances to get the fish when the distribution of targeted species shifts. These changes may increase the fuel cost of fishing boats. Fishers may adapt to the change by shifting their fishing ground or switching their gear types. This type of behavioral change is historically common under different climate events. For instance, the increased abundance of warmer-water species such as sea bass and red mullet created new fishing opportunities in the North Sea. Another example is the industrial fishers in Peru, they diversified their fishing techniques during the 1997–1998 El Niño event by shifting their fishing gear from gill-nets and purse-seines to trawls because of changes in species composition of the catch. However, the fuel consumption and fuel efficiency of different fishing gear types varies greatly. For example, the per ton fuel consumption of trawler and longliner (i.e., burn 2,000 L liters per metric ton) is much higher than that consumed by coastal seines (i.e., burn 100 liters per metric ton). So, the shift of gear types may have a great impact on the fuel cost of fishing vessels and this shift may not be feasible for most of the artisanal fishers as they have relatively less fuel subsidies than their industrial counterparts. 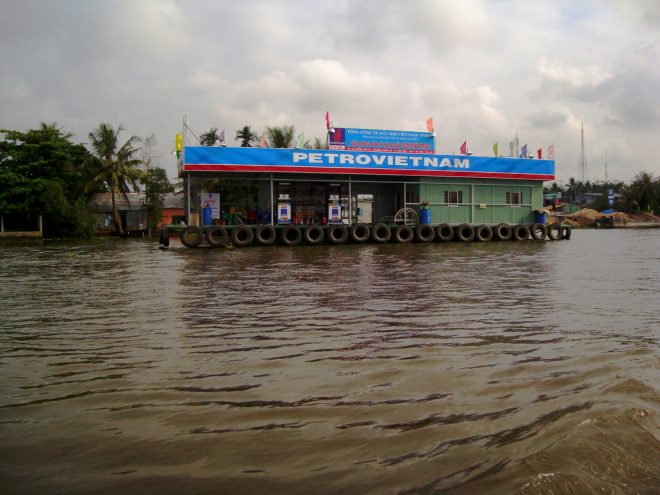 The fluctuation of world oil prices also has large implications on the fuel cost. There are many examples showing that an increase in oil price has an impact on fisheries. In the United Kingdom, the surge of world fuel prices in 2007 – 2008 led to a series of socio-economic impacts in the UK fisheries including declines in income, job loss and problems in recruiting crew members as seafood prices kept stagnant. Also, the behavior of skippers altered to adapt to the increased oil prices by fishing at closer fishing grounds and reducing exploratory fishing. However, these behavioral changes led to a reduction in catch. In 2004, the rise in global oil price led to a 20% increase in the cost of diesel fuel of fishing vessels in Hong Kong. The high fuel price caused 300 fishing boats to cease to go fishing at that period.

The synergistic effect of volatile global fuel prices and climate change affect the viability of fisheries in an adverse way. Without the fuel subsidy, most of the fisheries become non-profitable. However, fuel subsidies are considered harmful to fish stocks. The impacts of fisheries management on fishery fuel use and fuel cost have largely been ignored in policy-setting and decision-making processes. As such, future fisheries management and policy planning must align with these economic, environmental and social objectives.

VICKY LAM, PHD, FISHERIES ECONOMICS
UBC
Vicky Lam is a Fisheries Economist and Senior Research Fellow of the Nereus and Sea Around Us Program at the University of British Columbia. She is currently working on global catch reconstruction project.She completed her PhD under the supervision of Rashid Sumaila in Resources Management and Environmental Studies at the Fisheries Centre, UBC in 2013. Lam’s research interests focus on understanding the effect of climate change on the economics of major commercial marine fisheries at the global scale.