The current issue of Science has a feature on climate change and the oceans which includes a quote by William Cheung, Director of the Nereus Program (Science), and a map showing projected species distributions shifts due to climate change from the study “Multi-model ensemble projections of climate change effects on global marine biodiversity“, co-authored with Miranda C. Jones, Nereus Program Alumnus.

Additionally, a new report entitled “Boom or Bust: The Future of Fish in the South China Sea” by Cheung and Rashid Sumaila, Nereus Research Associate (Honorary) and Research Director of the OceanCanada Partnership (UBC), was published by the OceanAsia project. The report looks at what the South China Sea’s marine ecosystems, fisheries and seafood supply may look like in 30 years under different climate change and management scenarios.

International Business Times: South China Sea Dispute: Fish Are On The Brink Of Extinction Due To Conflict, Experts Say. November 3.

AM730: “Overfishing are threatening fish stocks. Abundance of humphead wrasse and coral trout have dropped by 80% in eight years” (IN CHINESE) 濫捕威脅魚類 蘇眉東星斑8年減八成. November 14. 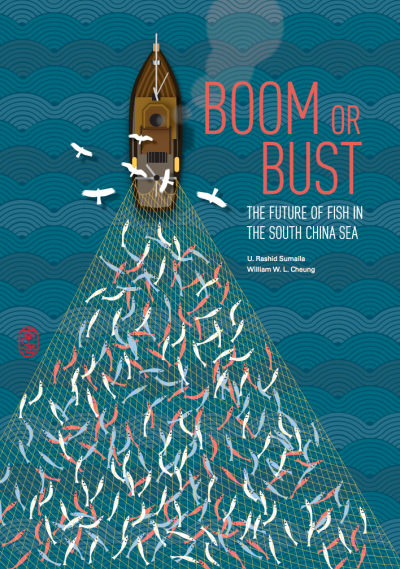