This is not the first time this has been written in my head. I recall a feeling of intense anger and impotence whenever a new land sale meant the raising of a barbed-wire fence or stone wall between me and childhood ocean stomping grounds. There were no blogs then (or Internet, for that matter), yet I imagined being able to shout out my discontent to any who would listen. In reality this was limited to complaints to friends or my parents, who concurred that it was sad, but sadly the way it is.

That feeling has recurred throughout my life, often prompted by frustrated attempts to access old favourite snorkeling spots, or during long bus or car rides along coastal Mexico (my home) where the coast was nowhere to be seen, obscured by an endless row of mansions, condos, hotels, and resorts. (I’ll admit to a simultaneous resentment of the fact that most of these were/are owned by foreigners, but anyhow, back to the main point.) 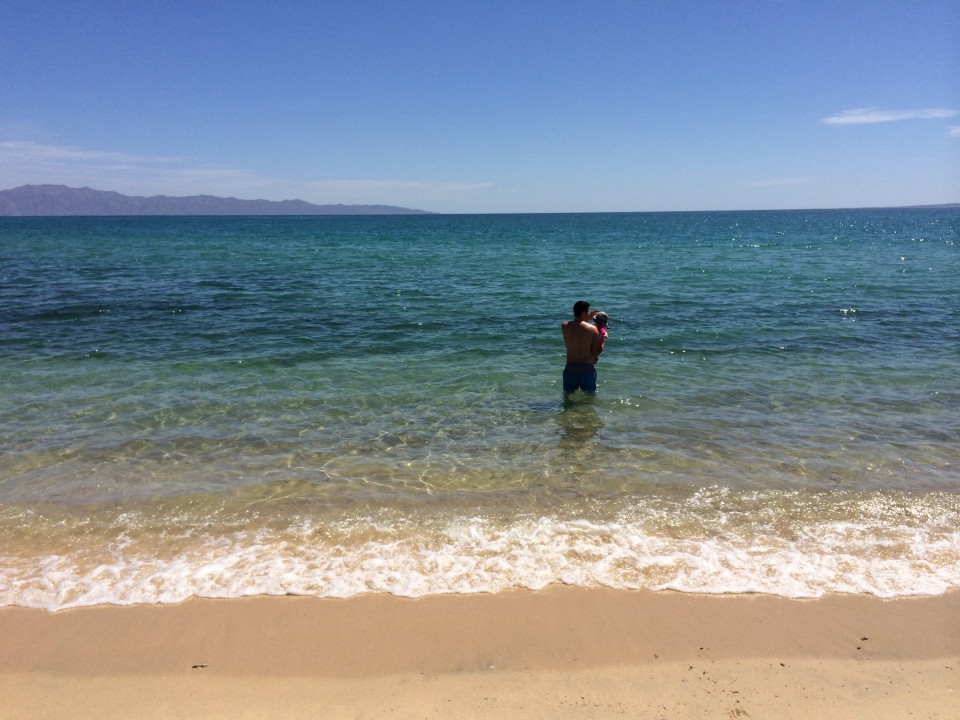 Cerritos is a beach along the Pacific coast of Baja California Sur, and some ten years ago (just before I moved from that state) it was an entirely deserted beach a few hundred meters of cacti and shrubs from the highway, with a right point break surfable most of the year. Some days, you could climb the little hill overlooking the beach and see humpback whales breaching or the odd sea turtle cruising by.

Fast-forward to 2015, when I drove out with my wife and 7-month-old girl to enjoy my old haunts. From the highway, half of the view of the beach is blocked by a long row of condos. Most of the desert landscape has been transformed into second homes, RV parks and a few “surfer” hotels. It was difficult to navigate the maze of barbed-wired lots and constructions and finally arrive at the beach. The top of the little hill was blasted away, leveled out to build a bright orange hotel. The beach is dotted with bars, surfboard rental shops, and rows of water’s-edge massage tables (actually). The wave is still there, and though a rough sea and cross-shore wind held the surfers away, the wash was crowded with groups of Spring Breakers on big foamies.

The fact is, this feeling of having been physically robbed of something that is rightfully owned is widely shared. Yet, it’s also unspecific to the world’s more sunny destinations. All over the world, private interests continuously capture formerly public goods and services. This is an integral part of most modern economic systems, given widespread recognition that natural resources suffer under open-access. There are many issues attached to that, but this piece is not a critique of unbridled capitalism or neoliberal policy. There is no doubt in my mind that mass coastal development contributes to economic growth, and a legion of property managers, real-estate agents, construction workers, maintenance crews, and service workers would agree.

Nevertheless, we must act to preserve some semblance of nature in our natural settings, whether they be coasts, forests or mountains. Once upon a time, groups of young adventurers would sit at spots like old Cerritos, look out at nature, and dream up plans for the future that were deeply touched by the experience of a connection with the natural world. Most probably did not end up working with or in nature, yet the recognition of the inspiration that nature provides was nonetheless entrenched.

My daughter will probably never be inspired the way I was by this particular beach, though I hope that there will still be other places for her. The irony is that, with Cabo San Lucas, a bastion of mass tourism, only an hour away, most of the people at Cerritos Beach came for a “more natural” experience. Aldo Leopold wrote: “All conservation of wildness is self-defeating, for to cherish we must see and fondle, and when enough have seen and fondled there is no wild-ness left to cherish.” I don’t know that conservation was on anyone’s mind here, but the wildness has certainly been fondled to death.

There is nothing inherently wrong with coastal development, provided that the communities it creates be ecologically sustainable (so, for example, no golf resorts in the middle of the desert). But, would it be so difficult to ensure that paths always exist between buildings so that the public can access nature? To moderately restrict development to protect views of natural landmarks? Access to enjoy our ecosystems, to be inspired, to see if not fondle them, must be preserved as a right for all future generations. This is not a revolutionary view. Inspiration is a text-book example of the non-market economic values that we recognize as key to a full understanding of ecosystem services, but often relegate to a footnote after market values are presented. Difficult as it is, the footnotes must be brought to the forefront of our discussions and formal analyses.

The onward march of progress will involve more human development, within any and every ecosystem. The simple request here is that we remain able to see the beach.