On March 16, the Nereus Program hosted the last lecture of its 2016/2017 UBC Green College Seminar series with guest speaker Douglas McCauley, Assistant Professor at the University of California Santa Barbara. His talk, entitled “Managing Marine Wildlife: The Extinction of Fauna in the Ocean,” looked at the differences between extinctions on land and in the oceans.

Image from McCauley et al 2015: Doug McCauley showed this timeline of marine and terrestrial defaunation (human-caused animal loss) in his talk from a paper he authored in Science. Though humans have fished in the oceans for thousands of years, our recently developed ability to harvest fish and alter habitat on a large scale may increase the rate of marine defaunation.

McCauley discussed several research projects his lab has undertaken examining patterns of marine faunal extinctions and analyzing potential management and mitigation strategies. Bearing in mind lessons from the rapid decline of terrestrial diversity since the industrial revolution, he argued that we are at risk for a marine extinction of similar magnitude due to our increased capacity to fish, mine, and harness energy from our oceans. He presented potential management strategies, most significantly Marine Protected Areas, as solutions to mitigating the current marine biodiversity decline trajectory.

This seminar was streamed on Facebook Live and can be watched here:
Part 1
Part 2 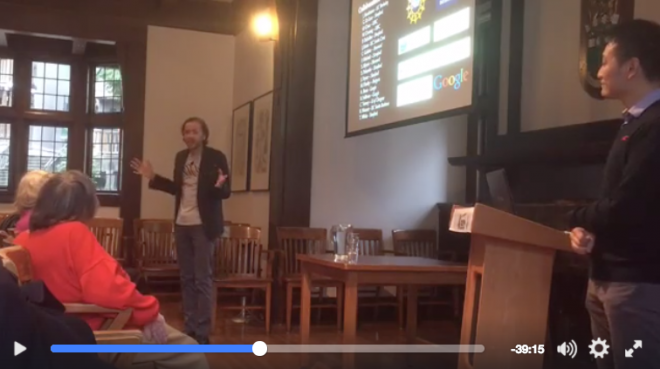