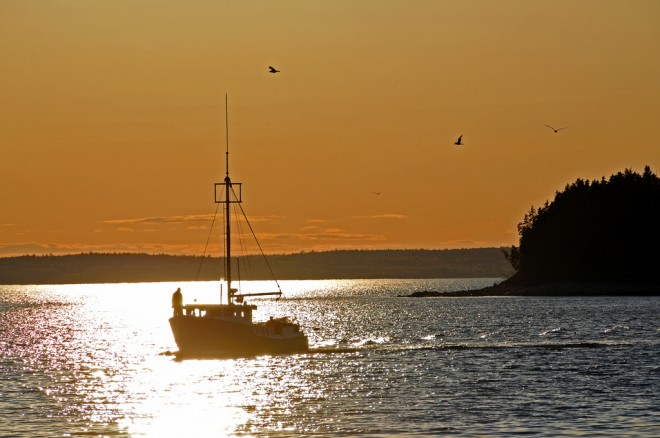 More than 300,000 Canadians work on or around oceans, with ocean-based industries valued at more than $26 billion a year. Image: “Not All Return” by Dennis Jarvis, CC BY-SA 2.0.

“Effective ocean policy that is informed by science is extremely important for sustainable management of living marine resources particularly under climate change,” said William Cheung, Nereus Program Director (Science). “However, this study finds that this is not being promoted in Canada in many fronts: from conservation of endangered marine species to protection of fish habitats.”

The 19 ocean scientists synthesized reports that found a lack of implementation and protection for species under the Oceans Act and the Species at Risk Act. The authors also look at the change to the Fisheries Act that now only protects habitats that play a role in ‘valuable’ fisheries, a change that has been considered unconstitutional and scientifically unfounded.

The paper examines how government scientists have been limited by decreased public scientific capacities. Fisheries and Oceans Canada has closed seven of its eleven libraries over the past ten years, destroying a third of its archived material. Funding concerns include plans to cut $100 million from Fisheries and Oceans Canada over three years beginning in 2015. Government scientists have also been restricted in terms of communicating their findings and publishing their work. They are not able to speak freely with the media and all authored and coauthored journal articles and reports must be approved by the responsible Division Manager for “concerns/impacts to DFO policy” and “relevance to DFO outcomes”. The paper notes a 58 percent decline in federal science press releases over the past nine years.

“Despite current challenges, Canada has an excellent base of scientists at academic, government and non-government organizations,” said Andres Cisneros-Montemayor, Nereus Program and OceanCanada post-doctoral fellow at UBC. “The science is there, we just need to listen to it. Through a transparent process of science research funding, implementation, and incorporation into both currently mandated and future policies, we can anticipate and address the environmental and economic challenges faced by Canada’s oceans and industries.”

Urgent priorities for ocean policy and ocean science in Canada are outlined by the authors.

“Just think of where the world would be without the application of scientific discovery,” said Rashid Sumaila, professor with the University of British Colombia and Research Director of the OceanCanada Partnership.

This study is partly supported by OceanCanada, a project funded by the Social Science and Humanities Research Council of Canada.